Please have a look at this video from BBC Breakfast about the Dig Hill 80 an archaeology project at a World War One site in Wijtchate, near Ypres, Belgium. I visited the site two weeks ago and I’m still deeply affected (in a good way) by the experience. The video gives you a sense of what I experienced…

Dig Hill 80 is all about people. Dig Hill 80 is an archaeological excavation of a WW1 stronghold that tells the story of the whole of WW1, from the perspective of both sides. It’s all explained in the video, or you can have a look at the Dig Hill 80 website here.

The web pages talk about an “international project which is about education, peace, reconciliation. Without jingoism.” and that is so very true.  For me, the core of Dig Hill 80 was the deeply human act of recovering the remains of fallen soldiers; husbands, brothers, fathers, sons and friends. People of all nationalities. People who have been ‘lost’ for a 100 years and burying them with dignity, so that they can be properly remembered.

On top of  respecting the fallen, there were the people in the here and now. Dig Hill 80 brought together over 3000 backers online and 400 people who visited and worked at the site. With representation from about 44 countries, it truly was a global effort.

The idea that this was an international project really sank in when I visited the site at the end of June with my eldest son (it was his Christmas present). We were being briefed by the amazing Simon Verdegem, Head Archaeologist who said, “there are people speaking five languages here today, so I’d better use English is that’s OK?”.

Mass collaboration changes everything. This is the strap line from the 2006 book Wikinomics by Tapscott & Williams (link here), which has a big impact on how I think about things, in particular the power of the internet.

Ten years on from when I first read Wikinomics, Dig Hill 80 demonstrated exactly what the book had talked about; large numbers of people coming together to contribute to a common cause, mass collaboration (for good).

Phrases like ‘crowd sourcing’ and ‘crowdfunding’ are commonplace nowadays, but it is easy to forget that 10 years ago it was very much a ‘concept’. Here a few questions and observations that have surfaced with me following the Dig Hill 80 experience:

How do I become a digger driver?  Finally, around the middle of Dig Hill 80 a call went out on the Facebook group for a qualified excavator driver to join the volunteers on site. I don’t hold a CPCS Tracked 360 Excavator Ticket, but I’m seriously thinking about getting some training. If Simon plans another project like Dig Hill 80 maybe I could get more deeply involved… 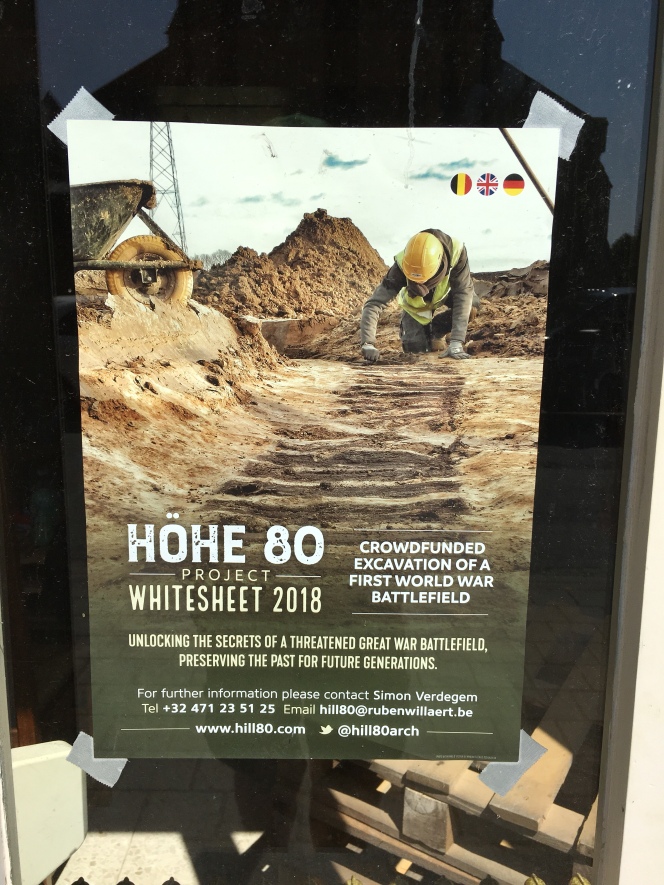