Last week was about the difficulties of creating a movement, the mission impossible community of practice. Here is some hope in the form of Malcolm Gadwell’s book The Tipping Point. This has lots of useful information that could help our movement flourish. 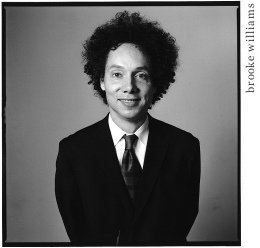 To get an idea of what I’m talking about have a look at Malcolm Gladwell explaining it in this TED Talk.

The Tipping Point is about why some ideas, behaviours, messages or products become incredibly popular very quickly.  They become viral and behave just like outbreaks of an infectious disease. Gladwell describes them as social epidemics. The love padlocks of an earlier post might be considered an example. Spreading around cities like Florence and Paris, through social interactions, despite attempts by the authorities to stop it.

The Tipping Point book uses a number of case studies from different settings to illustrate the idea of a ‘Tipping Point’. The point beyond which ‘everything’ changes and you don’t go back to the old situation.

According to Gladwell there are concepts which are critical to getting to a Tipping Point: the Law of the Few, the Stickiness Factor, and the Power of Context. I’ll try and explain them in the context of our proposed movement:

The Law of the Few. Before we achieve widespread acceptance we need the support of a few key people from different groups. People who will champion the idea. If individuals representing all three of the groups endorse and advocate the idea, it is much more likely that it will tip into exponential success.

For me, the important thing here is that you only need a FEW of these people. It’s not a mass marketing or huge persuasion job involving 100’s presentations to 1000’s of people. These ‘few’ people do the job for you. Gladwell describes these key types of people as:

The Stickiness Factor.  This is a tricky one. It’s described as a unique quality that compels the phenomenon to “stick” in the minds of the public and influence their future behavior. Even trickier is the notion that this stickiness it is often counterintuitive, or
contradictory to the prevailing conventional wisdom. This could make things difficult if we try to deploy conventional business models and techniques. Conventional wisdom is a difficult thing to work around (let alone against).

The Power of Context.   Not an easy one to explain. It’s a bit of “right time and right place” as far as I can work out. The book has a number of examples which explain it far better than I could. What I think is relevant for us is that it will be difficult to engineer the context using (I hate to say this again) traditional business models and techniques. I think we could use things like the current economic climate to help create ‘drivers’, but other context factors are far more subtle and will require some probing and sensing to
understand them.

This is all sounding a bit difficult, but I think there is some hope. When asked what he hopes people will get from the book Malcolm Gladwell says:

“One of the things I’d like to do is to show people how to start “positive” epidemics of their own. The virtue of an epidemic, after all, is that just a little input is enough to get it started, and it can spread very, very quickly. That makes it something of obvious and enormous interest to everyone from educators trying to reach students, to businesses trying to spread the word about their product, or for that matter to anyone who’s trying
to create a change with limited resources.”

We need to stick at it with our movement, I’m off to read the book again (and watch the videos).