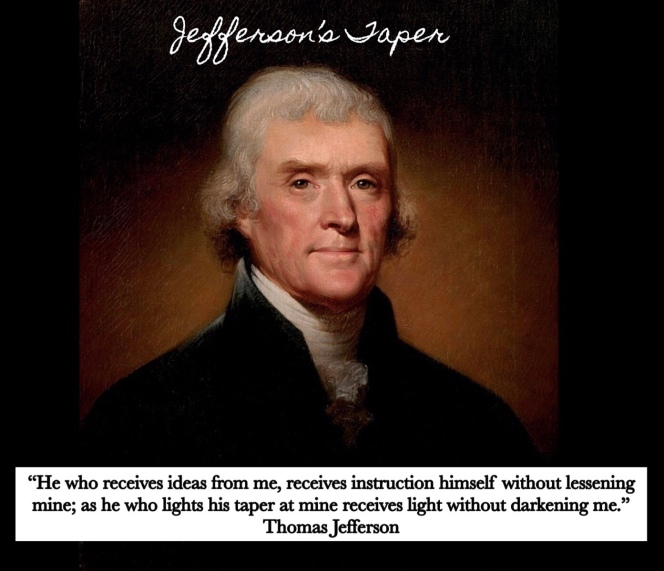 This is a real gem from 200 years ago that has a great deal of relevance today.

Thomas Jefferson made the following reference to the ‘taper’ (a candle) in a letter to Isaac McPherson, August 1813.

“He who receives ideas from me, receives instruction himself without lessening mine; as he who lights his taper at mine receives light without darkening me. That ideas should freely spread from one to another over the globe, for the moral and mutual instruction of man, and improvement of his condition, seems to have been peculiarly and benevolently designed by nature, when she made them, like fire, expansible over all space, without lessening their density in any point, and like the air in which we breathe, move, and have our physical being, incapable of confinement or exclusive appropriation”

The full letter (available here) discusses the merits of the patent system and was part of a debate around how innovation was being restricted by perceived controls over the exchange of ideas and knowledge.

Two centuries on you could almost argue that we have reached a pinnacle in knowledge exchange with the development of technology that allows:

200 years on and Jefferson’s Taper description stands up as a reasonable explanation of what the Internet provides. Did Thomas Jefferson write the first specification for the internet?

“…..ideas should freely spread….over the globe…, like fire, expansible over all space, without lessening their density in any point, and like the air in which we breathe …..incapable of confinement…..”

One final thought, as important as the taper is, without the flame it serves no purpose. A single unlit candle produces as much light as a million unlit candles. I suppose the same is true of the Internet. Without data, information and ideas it’s just a jumble of wires and hardware. 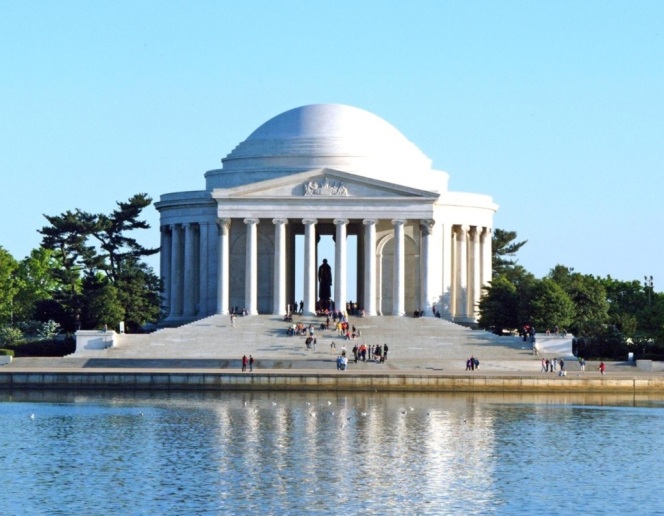