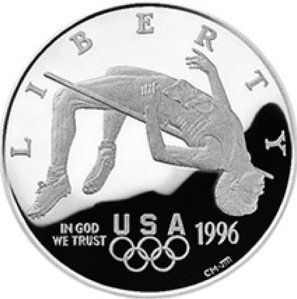 Here’s a confession. Before I go to bed I like to watch an episode of How It’s Made.

There is something very soothing about manufacturing processes. The logical sequence, efficient systems, robotic arms, complete repeatability, high levels of certainty and quality products are like a comfort blanket before I go to sleep.

Unfortunately the world I wake up to isn’t quite like this, generally it’s all a bit more confusing.

Here’s the Wikipedia definition of best practice: ‘a method or technique that has consistently shown results superior to those achieved with other means, and that is used as a benchmark. ……..used to describe the process of developing and following a standard way of doing things that multiple organizations can use’.

This, and many other definitions imply to me that ‘best practice’ is the single and ‘best’ way of doing something, it’s not ‘pick and mix’. If this is the case, how can an activity be improved if it’s already ‘the best ‘? Standardisation, making everything the same, is also an important feature of best practice. If this is the case, how do you innovate in an environment where everything is carefully fixed, controlled and repeatable?

So, is it true, best practice really is the enemy of innovation?

There are a few examples that support this argument. Possibly the most well-known is about the inventors of ‘Post it’ notes, 3M. There are many commentaries about the decline in their ability to innovate following the introduction of Six Sigma techniques. This case study from The Design Council talks about ‘over zealous management techniques stifling creative thinking’. The application of Six Sigma within the 3M R&D function was preventing innovation.

This article from Business Week, talks about the tension between Six Sigma ‘control’ vs innovative ‘freedom’. They say that Six Sigma control is great for standard or routine processes in manufacturing and the scale-up of new products. However, Six Sigma was a disaster for innovative new products at 3M. Is this an example of best practice overkill?

Innovation is not Best Practice is a thought provoking perspective from Professor Alf Rehn from the University of Manchester Business School. The section on ‘The Problem with Best Practice’ defines best practice as, “stuff that worked in the past“. He makes the link with work on human development and suggests that the drive to seek and stick with ‘best practice’ is ‘programmed’ into humans as a survival instinct.

This idea that the human brain is programmed to look for and accept best practice (the quickest solution) is picked up by Stephen M. Shapiro in his book, ‘Best Practices are Stupid’. Check out this video Stephen talking about ‘expertise is the enemy of innovation’.

Finally here’s a sporting example, Dick Fosbury. Prior to 1968 Olympics, high jump best practice was going over the bar sideways or face first. Dick Fosbury failed to comply with the prevailing best practice went over backwards, and the result is history. Since smashing the world record the ‘Fosbury Flop’ has been the accepted best practice for the high jump, and even inspired a commemorative Silver Dollar.

Back to the confusion, where this started. I think there is a place for best practice. In the world of manufacturing and ‘How it’s Made’ it’s a key part of success. I am very happy that the engines of planes I fly in are built and maintained by Six Sigma enthusiasts. However, in other environments I’m not so sure. There are multiple ways to approach the complex issues faced by public services. It can be counter-productive to adopt a; ‘one size fits all’, ‘adopt or else’, best practice approach in these situations. At the very least it will probably be the enemy of innovation.

Maybe cats had the high jump sorted out long before Dick Fosbury?