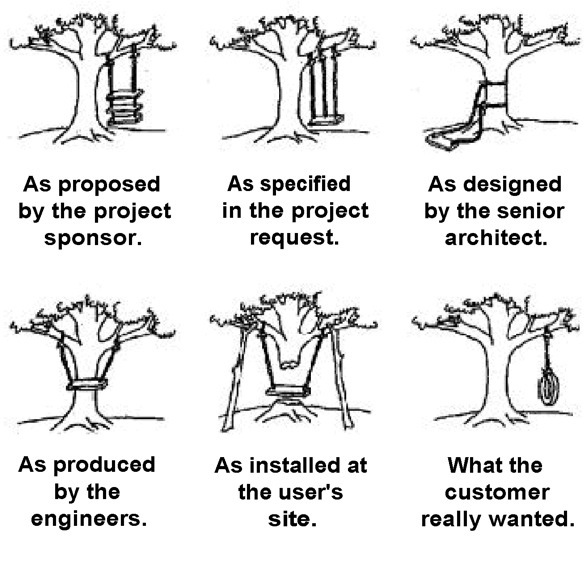 This week has been about failures in communication.  I’ve ended up with 16 feet of timber for fence posts, excellent. Unfortunately it wasn’t in the shape of the two 8 foot lengths I needed. I got four 4 foot lengths. It might as well have been firewood.

I could put this down to a sophisticated act of malicious compliance by my kids, but I’m hoping they aren’t that cruel. I’ve rationalised it as a massive communication failure on my part. This is how the story unfolds.

In the final stages of shed building I’m fencing off an area and needed two extra posts. Fortunately my father in law had two spare 8 foot post that would do the job perfectly. There is a minor hurdle to cross, they are 10 miles away and are just a little bit too long to fit in the car. There is good news however; two of the kids are due at their Grandfathers to help with some chores, bringing the posts home will be no problem…….

I thought I had a very clear conversation with the kids that went along the lines of….”fold the seats in the car flat and slide in the posts, cut enough off the post so that it will fit neatly inside the car, don’t forget to take the saw, not my best one, take a sheet to cover the car seats, drive safely, avoid the busy motorway, blah blah blah”. I was going on a bit.

Obviously that’s not what they heard. Things got worse as only one of them actually went on the visit to Granddad. When he returned he had the posts, in neat 4 foot lenghts that fitted very easily in the car, without the need to fold down seats.

Son number two informed me of this fact when I walked in from work (please remind me to ask for the money back from the extra ‘Dignity and Respect’ classes I’ve been sending him to), “Dad, you’ll never guess what that donkeys gone and done?….. He’s only chopped your posts in half! “

It was truly one of those ‘I don’t know whether to laugh or cry’ moments……my only hope is that for the future we all learn to communicate more clearly AND LISTEN PROPERLY!

The whole sorry affair did remind me of that cartoon of the tree and the swing that gets used in various training sessions about poor communication in IT project management. I used to think that this sort of situation could never happen. Now I’m convinced it probably does. Hopeful the kids can learn the lessons from our little low risk venture and avoid a massive failure in the future. Apparently we do learn quickest from failure…… ahhh…. that makes me (and my 4 foot posts) so much happier.

So what’s the PONT?

Picture source: The tree and swing cartoon has been used by lots of people. This article unravels some of the history.  http://blog.thingsdesigner.com/index.php?/archives/354-The-infamous-software-designdevelopment-process-tree-swing-comic.html